CHICAGO, January 12, 2022—Chicago-Kent Professor Carolyn Shapiro says that eliminating the filibuster for voting rights and related legislation is not only allowed but constitutionally required under the Guarantee Clause, given current threats to democracy.

President Joseph Biden delivered a speech calling for changes to filibuster rules on Tuesday to push lawmakers to take action on the Freedom to Vote Act and the John Lewis Voting Rights Advancement Act. Shapiro says the Senate must absolutely move to eliminate the filibuster: 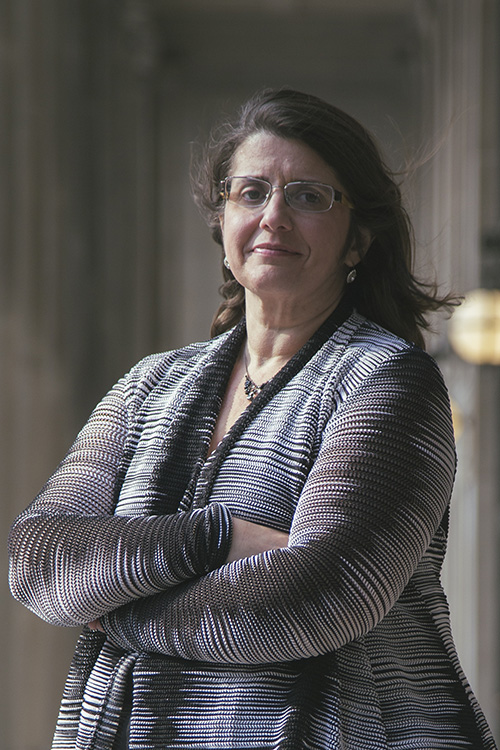 “There’s widespread agreement today that our democracy is in serious danger. Preserving democracy should completely trump the filibuster. The need to preserve democracy is not just a reason that the Senate might treat voting and elections laws differently from other law in the Senate. That need provides a constitutional reason why they MUST be treated differently. The filibuster is not a legitimate basis for the Senate not to move forward to pass such laws.”

In her research, Shapiro found that the Guarantee Clause empowers congressional control over elections and voting when necessary to protect democracy. It includes a structural promise between the states and the federal government that Congress must guarantee “a republican form of government,” which means an elected, representative democracy. Shapiro says actions by Republican-controlled legislatures to impose new obstacles to voting, and election administration and oversight being taken over by extreme partisans, threatens this promise.

“The threat to democracy today is extraordinarily grave. If neither party can tolerate an electoral loss and Americans lose faith in the democratic process and elections, it will be extremely difficult to recover from this anti-democratic spiral,” she says.

Before the Fourteenth and Fifteenth Amendments were passed, Shapiro says Congress relied on the Guarantee Clause to require former Confederate states to extend the right to vote to African-American men in order to rejoin the Union. Five of the twelve amendments adopted since Reconstruction explicitly expand or protect the right to vote—and, thereby, our understanding of the Guarantee Clause as promising a true representative democracy.

“Just as Congress relied on the Guarantee Clause after the Civil War, it should do so again today,” Shapiro says.

Shapiro is available for interviews to discuss the filibuster, voting rights legislation, and Congress’ authority to intervene to protect democracy.

Aside from federal voting rights laws, Shapiro found that further congressional action under the Guarantee Clause could prohibit extreme gerrymandering of state legislatures, as well as congressional districts, and could mandate the appointment of nonpartisan election officials, for example. Shapiro’s research, “Democracy, Federalism, and the Guarantee Clause,” was published in the Arizona Law Review in 2020.

Shapiro is the co-director of Chicago-Kent’s Institute on the United States Supreme Court (ISCOTUS). She focuses her research on the Supreme Court, its relationship to other courts and institutions, and its role in our constitutional democracy. Shapiro clerked for Justice Stephen Breyer in 1996-1997, and has argued cases in the U.S. Supreme Court, the Seventh Circuit, the Illinois Supreme Court, and the Illinois Appellate Courts. Shapiro also served as Illinois Solicitor General from 2014-2016.