CHICAGO—October 4, 2022—Illinois Institute of Technology last week unveiled its renamed law school building, Conviser Law Center, at a formal dedication ceremony in recognition of Richard J. Conviser’s lifelong service to the Chicago-Kent College of Law and the legal community. Conviser, whose lifetime donations recently surpassed $12 million, is a co-founder of BARBRI, the world’s largest bar exam preparation course, and is also a longtime professor of law at Chicago-Kent.  He is currently the largest donor to the law school to date.

Conviser’s gift will continue to further develop the reputation of the law school, which is the second-oldest law school in Chicago and is recognized for its highly ranked programs and experiential learning opportunities nationwide.

“Chicago-Kent is a leader in innovation,” Conviser said when the building’s renaming was originally announced in February 2020; the dedication ceremony was later delayed due to the worldwide COVID-19 pandemic. “The school’s forward-thinking approach to providing a quality legal education that prepares students to practice law in this rapidly changing legal industry is truly outstanding among its peers.”

“We are grateful to our friend and dear colleague, Richard Conviser, for his generous gift to the law school,” says Chicago-Kent Dean Anita K. Krug. “Over the course of his career, Richard has contributed to the legal industry as a scholar, businessman, and educator who has impacted thousands of students at Chicago-Kent and more than a million through BARBRI. We are honored to publicly acknowledge his long friendship with us by adding his name to our building.”

Since its founding in 1967, BARBRI has helped nearly 1.5 million lawyers around the world pass a United States bar exam. Conviser was in his mid-20s when he started the small bar exam review as an associate at Baker McKenzie. BARBRI quickly gained widespread success training the vast majority of law students nationwide to pass the bar exam, and it remains doing so to this day. 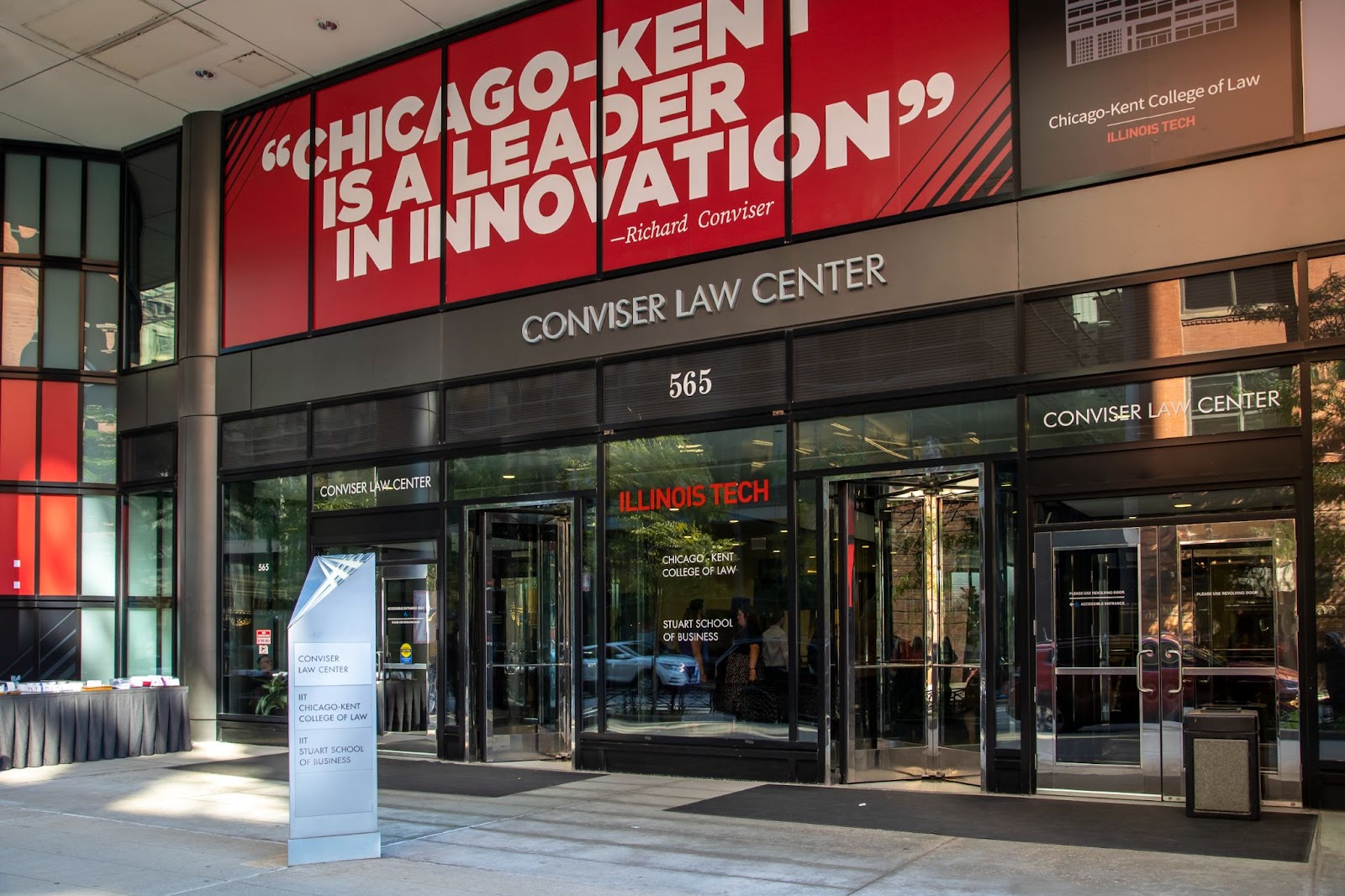 After law school, Conviser was awarded a prestigious Ford Foundation grant that took him to Germany, where he was associated with the Institute for Private International and Comparative Law, one of Europe’s top international law institutions. While he was at Baker McKenzie, the governor of Illinois appointed him to establish the state’s first foreign operation. Conviser served as deputy European director of this office in Brussels.

“Over the course of my teaching career with BARBRI and the law school, it has always been my mission to set up the next generation of lawyers for success,” Conviser says.

Conviser has taught courses in antitrust, corporations, business associations, and conflicts of laws at Chicago-Kent; his classes were regularly filled with more than 90 students. His commitment to students is part of the fabric of the Chicago-Kent legal community, academically and socially. Each semester, Conviser and the Student Bar Association host the Conviser Bash, a party that draws more than 500 attendees.

“Richard Conviser has been a mentor and friend for more than 40 years,” recounts Michael P. Galvin (LAW ‘78), chair of Illinois Tech’s Board of Trustees. “His commitment to building Chicago-Kent into a top-tier law school is tremendous, and the impact of his gift will be felt by students for generations to come.”

About Chicago-Kent College of Law