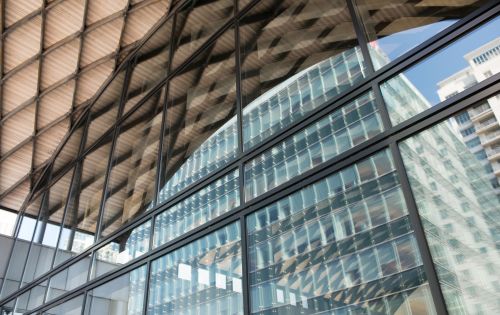 With exponential development of technologies, the need for professionals trained at the complex intersection of science and law is greater than ever. The insatiable expansion of technology across an intricately connected globe raises new questions of ethics and legality. The Institute for Science, Law & Technology (ISLAT), a not-for-profit, cross-disciplinary collaborative effort at the Illinois Institute of Technology, trains leaders and provides in-depth, thoroughly-researched answers to the toughest issues that arise at the edges of science and law.

ISLAT employs a team of professors, legal fellows, and research assistants to conduct cutting-edge legal and policy research on emerging science and technology issues. Recently-completed ISLAT projects include a paper on the risks of virtual clinical trials, a book chapter on the intersection of genetics and art, and a paper on the privacy policies, permissions, and transmissions of mobile diabetes apps. ISLAT has worked with legislators, lawyers, and journalists to help craft policy and spread awareness of important science and technology issues related to genetics, reproductive technologies, and internet privacy.

Medical App Privacy
Tens of thousands of mobile medical apps are currently available, allowing consumers to diagnose, monitor, manage, treat, and prevent health problems and diseases.  In many instances, medical apps are designed to take the place of a doctor.  But rather than providing a confidential way for people to learn about their health, the digital data stream emitted by the apps is captured by marketing companies and data aggregators and widely shared with third parties, often without the app users’ knowledge or consent. And even though health information has traditionally been better protected than other types of personal information, those protections do not apply to user-generated data from medical apps.

ISLAT has conducted original empirical studies on the privacy policies of medical apps and their surreptitious transmissions. The studies covered hundreds of medical apps related to diabetes, bipolar disorder, eating disorders, and suicide.  Our studies analyzed what apps’ privacy policies say that the apps (and their developers) do with the users’ information and compared it to what they actually do. ISLAT hopes to develop legal and policy frameworks to address these gaps in protecting health information entered into medical apps.

Some medical apps claim to be able to diagnose a user by the user entering data, by comparing an image, or by measuring something. App developers use a variety of propaganda-like tactics in app descriptions, including rhetoric and imagery, to entice users by claiming to save time and money, answer their questions, improve their health, and empower the patient. Yet despite the panoply of medical terminology and imagery, and even claims to diagnose, various apps have been found to diagnose incorrectly, potentially harming the user.  ISLAT’s analysis of 35 self-diagnosis apps available in the Apple App Store and Google Play found that many app developers used a variety of propaganda-like tactics to entice users, but offered little or no evidence base for their claims. In light of these findings, ISLAT hopes to develop legal and policy frameworks to tighten regulation and liability for medical app developers who create apps that claim to diagnose disease.

ISLAT’s predictive policing project, conducted with IIT professors Miles Wernick and Yongyi Yang, aims to design, implement, and deploy a flexible, new risk model for crime prevention that can be translated to a wide array of communities in the U.S. and beyond. The project is a partnership with the Elgin (Illinois) Police Department, selected for its exceptionally progressive culture, positive relationship with its community, and willingness to devote substantial effort to work closely with IIT in a genuine partnership.